This project was born as a way of solving a problem I faced during a photo-composition series called "The divers". For this series, I was placing images of divers in random parts of the city, and at some point I wanted to create a composition in which a diver was jumping off the cliff of a mountain. However, there were many limitations regarding travels, budget, location, and most important; the fact that I didn't know if I would be able to take that specific image I had in mind. That's when I thought: Why don't I make the mountain come to me? 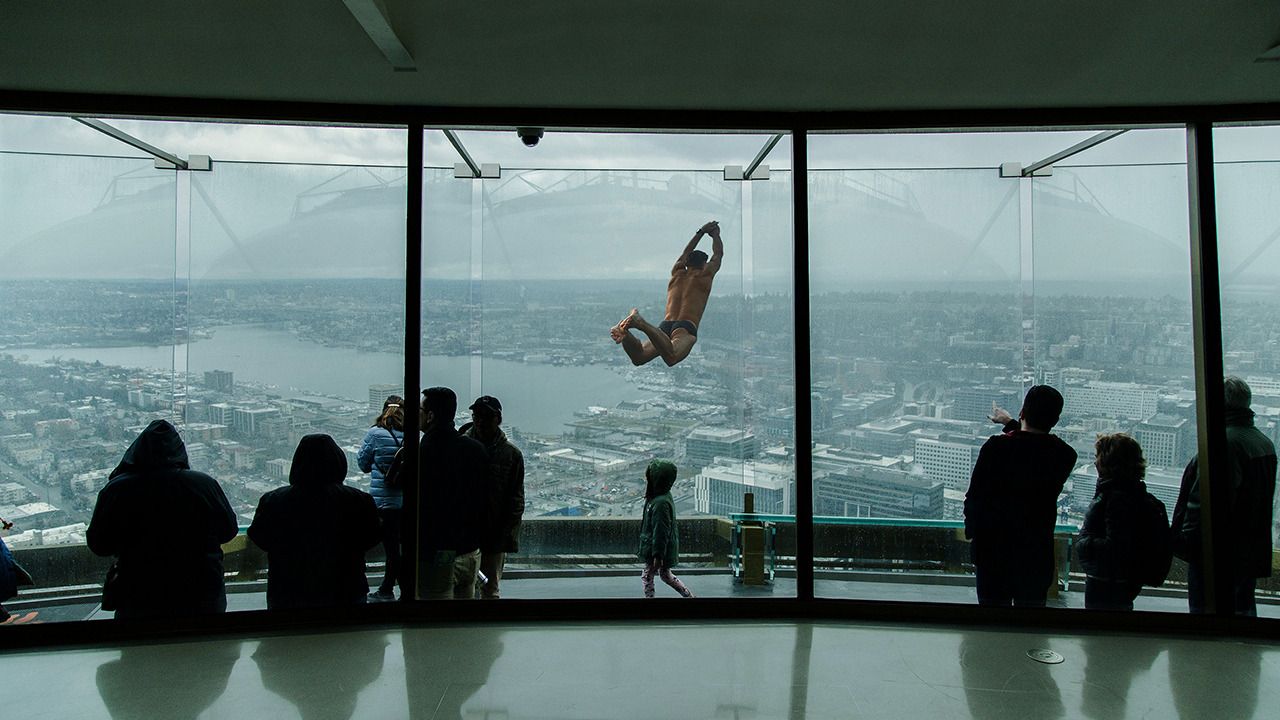 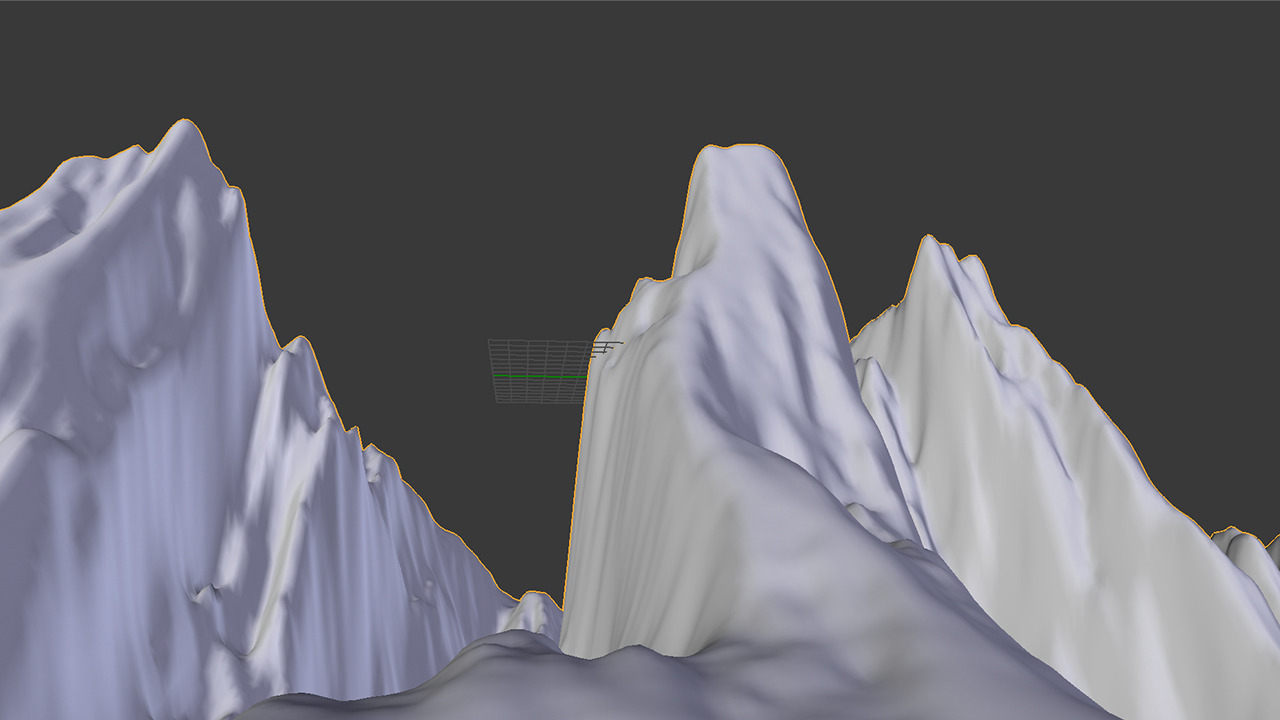 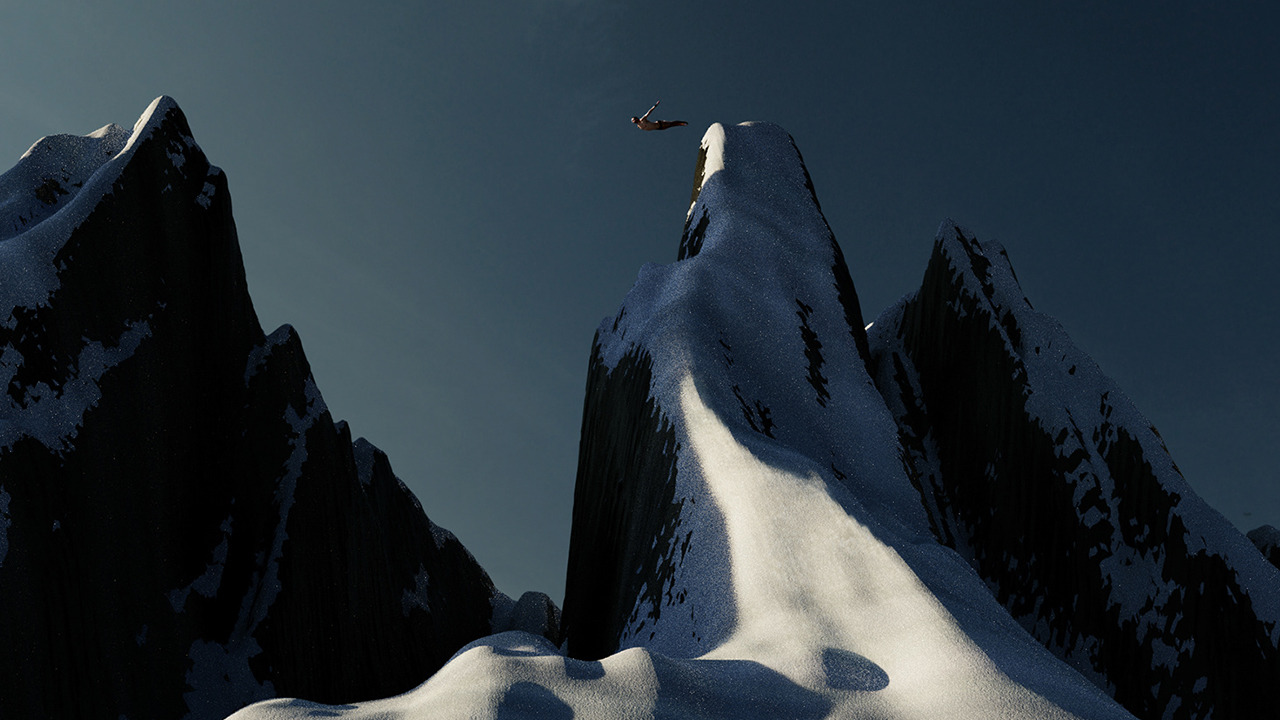 Suddenly, I was immersed in this journey of exploring and learning how to model, layer, texture and animate a 3D landscape. After some explorations, the workflow that suited the most for me was to use a software called "World creator" for modeling the 3D landscape; and importing it to Blender for texturing, lighting, effects and animation. After a few weeks of experimentation, I created the image: “I feel the wind and it slows me down”. (above) 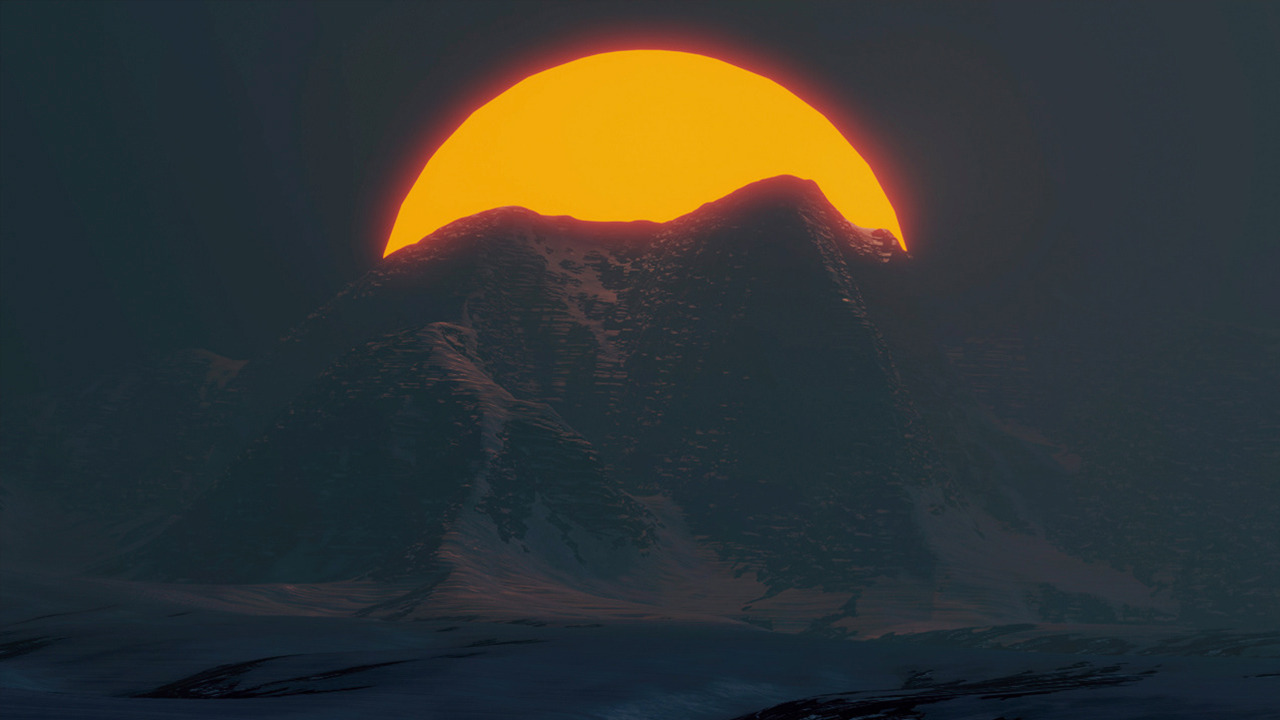 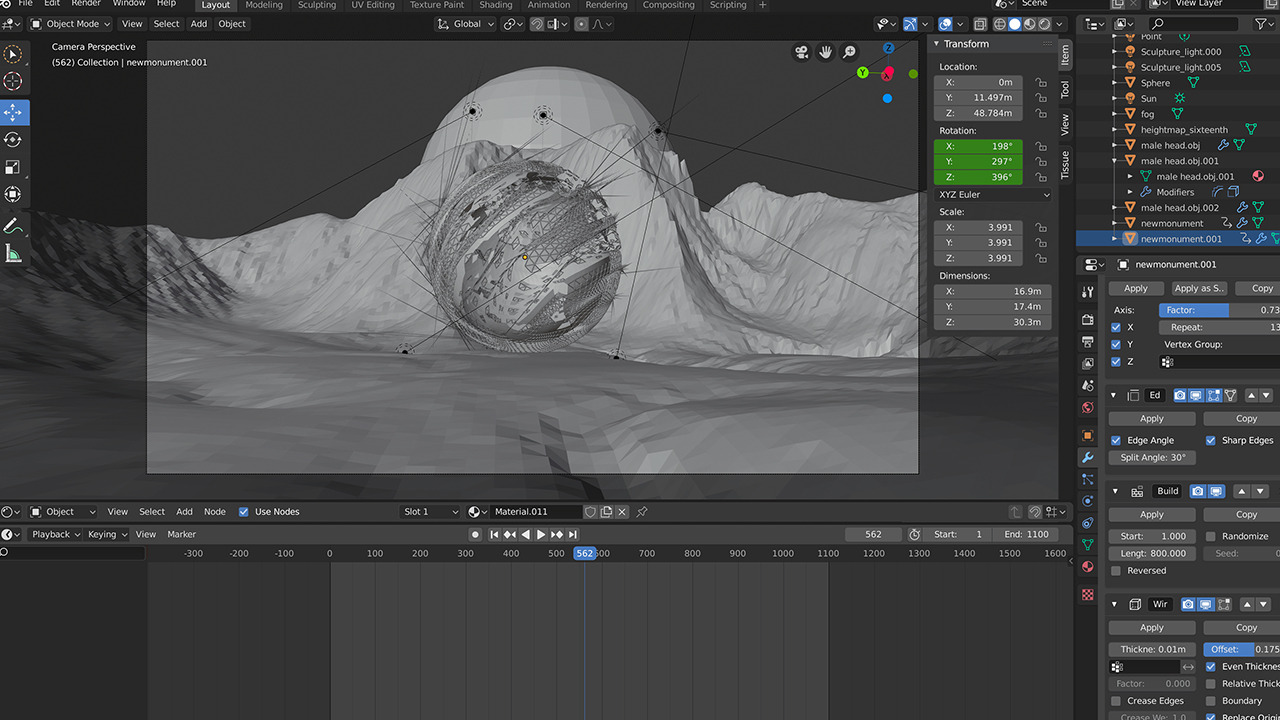 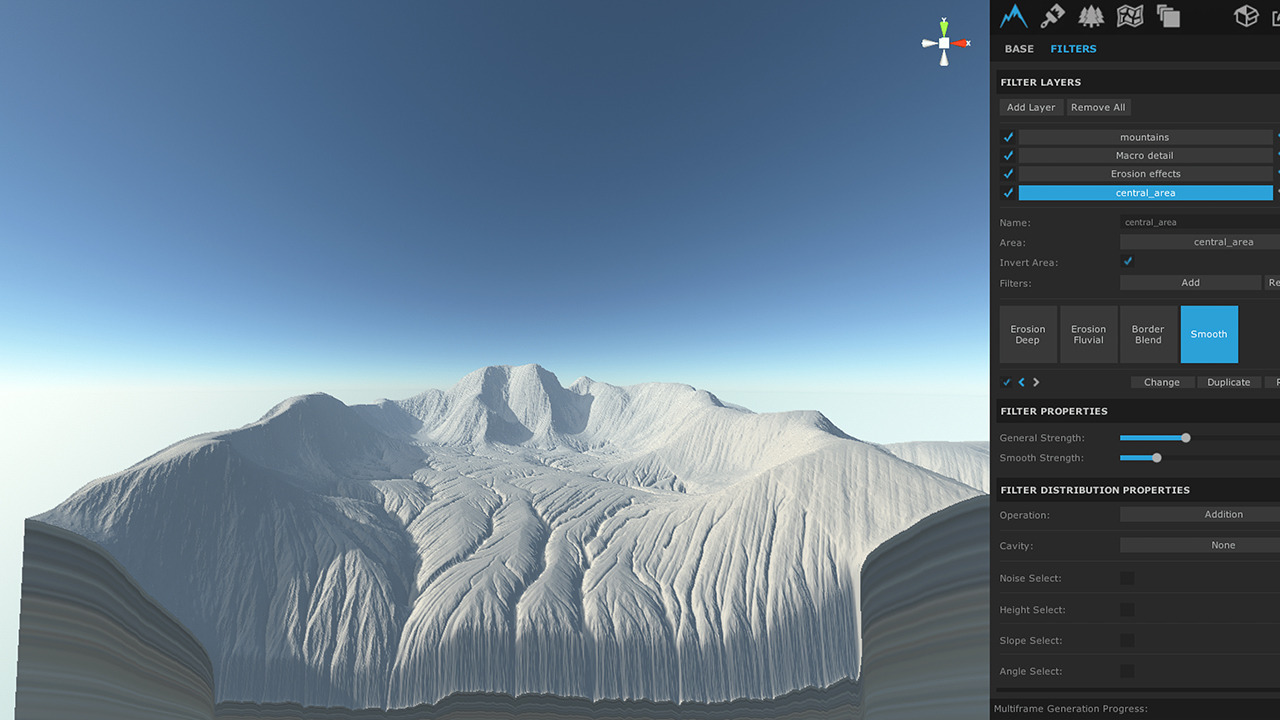 Approach: When I want to learn a new tool, I decide to make a project out if it; in this case, I decided to build an experimental digital landscape film called "The last monument". Situated in an speculative world in which monuments were not longer allowed and where striclty prohibited; I created a fictional environment showing the last of them.